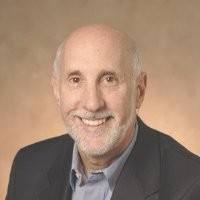 Dr. Targum consults widely to the pharmaceutical industry regarding the design and implementation of clinical trials for new psychotropic drugs and the progression of drug development from concept to approval to launch. In addition to his work at Signant, Dr. Targum is a Chief Medical Advisor at Prana Biotechnology Ltd. and has served as Chief Medical Officer at several small biotechnology and pharmaceutical companies. In 1991, Dr. Targum established and operated a multi-site clinical trials program in Philadelphia. As Principal Investigator, he conducted over 200 clinical drug trials in therapeutic areas that included anxiety, depression, mania, schizophrenia, and Alzheimer’s disease. In 2001, Dr. Targum founded PharmaStar, a rater training and medical education company focused on CNS drug development and international clinical trials. The company grew quickly and became the global leader in this niche when it was sold in October 2004 to United BioSource Corporation. Previously, He was Professor of Psychiatry and Vice-Chairman of the Department of Mental Health Sciences at Hahnemann University School of Medicine (Philadelphia) from 1989-1995. He has published over 100 scientific articles in the areas of psychopharmacology, psychobiology, and clinical trials methodology. Dr. Targum has a B.A. in biology from Colgate University and an M.D. from Mount Sinai School of Medicine.