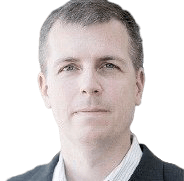 Lawrence Miller is the Chief Technology Officer for Signant Health. His career has been focused on leading and scaling commercial, global technology organizations. Lawrence started as a quantitative analytics developer at JP Morgan Chase, eventually leading the development for one of the firm’s electronic trading platforms. In 2004 he joined BlackRock, where he was a Managing Director, overseeing the Development Services team for Aladdin, BlackRock’s asset management platform and the core of its successful SaaS business. While at BlackRock, Lawrence was involved in the formation of Symphony Communication Services and served as a Board Observer prior to joining the startup. At Symphony, Lawrence was Chief Security Officer, overseeing the firm’s security program, managing platform operations, and leading the firm’s regulatory and government affairs. Lawrence also served on the Commodity Futures Trading Commission’s TAC Cybersecurity Subcommittee, the Board of the FINOS FinTech Open Source Foundation, and currently serves on the University of Chicago’s Institute for Molecular Engineering Council. Lawrence holds an MS in Computer Science from The George Washington University, and a BA in Physics from the University of Chicago.